CLIP — Inside Health Policy: Biden To Call On Congress To Lower Drug Prices And ACA Premiums

CLIP — Inside Health Policy: Biden To Call On Congress To Lower Drug Prices And ACA Premiums

President Joe Biden might not use the words Build Back Better but he will call on Congress to pass key pieces of Democrats’ stalled legislation, including those that lower health care premiums and prescription drug prices, during his first State of the Union speech slated for Tuesday (March 1), White House officials say.

The president will highlight proposals that have already been litigated and that lower costs of prescription drugs, insurance premiums, childcare, energy, housing and seniors’ care, while ensuring that everyone pays their fair share. And he will ask Congress to act, White House officials say.

Officials did not say whether the president intended to label the proposals “Build Back Better.” It’s not about the name of the bill, but the content, they say.

Outside groups like the Center for American Progress have encouraged Congress to move on a reconciliation bill that includes the health policies that carry bipartisan consensus. Families USA Executive Director Frederick Isasi says the talking points out of the White House Monday match the signals his group has been getting about the speech as far as addressing both foreign and domestic policy challenges.

And Isasi says the domestic agenda underscores the commitment from the White House — and Congress, to get stalled policies across the finish line. Once the work on the Supreme Court nominee is done, the president expects to get legislation that will allow Medicare to negotiate drug prices and ensure lower costs for health care by extending the ARP tax credits and closing the Medicaid gap to his desk, Isasi says.

From Families’ perspective, the State of the Union is a home run. “We’re almost to the finish line and will keep fighting,” Isasi says.

“Cracking down on anticompetitive practices and increasing transparency in price setting and rebates can create affordability for the entire health care system.” — Ceci Connolly, Alliance of Community Health Plans

ACHP also urges Congress to make permanent — or at a minimum extend — the higher ACA subsidies from the ARP. 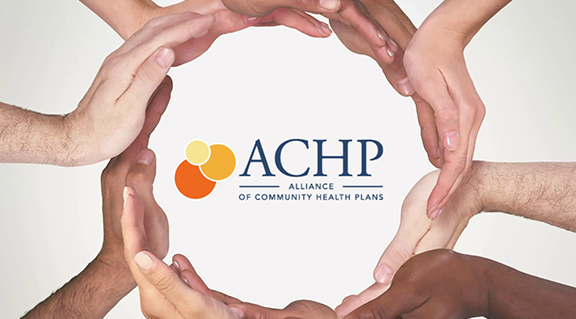